Hip-Hop artist & wordsmith extraordinaire Phase One is hitting you with the video to his single, "We Goin." This is part of the 'Bugnanas' movement, and this record is off of that album, which is a collaborative effort with Asa Buchanon, available on iTunes now. I've always been a fan of the video noir, and this definitely does that genre justice; peep the HOT record, "Confunk-shun" at the end!

Phase One has worked with mutual friend and colleague, Chester… Continue

Rock meets Soul mixed with Retro-funk/punk and a tablespoon of Gospel essence. Put that next to a fashion sense that can only be described as individually dope, and you have the Puffy-Haired Tower of Power, Kimberly Nichole. Having recently re-released her full-length LP, "The Yellow Brick Journey (Reloaded)," this Seattle-born, Atlanta-cultivated, Harlem-based performer has been jumping from state to state… Continue First Draft Character #4: The Boy Next Door (aka Joe) - The guy you wanna shake hands with, sit & have dinner with, or maybe just go across the street to the local bar, grab a drink & meet his buddies. Just your not-so-everyday guy who happens to do music. Get to know him.

For those who don't know, friend & music colleague SteffNasty is a well-respected & accomplished producer with credits including credits on Trey Songz's debut album ("In The Middle"), as well as collaborative work with Black Buttafly and Kenny Lattimore. His recent work includes music for artist Jimmy Reign ("Out The Door"), and he is… Continue


She's fierce, she sings DOWN, she looks amazing, and has a drive like none other. She's the one and only...WISH. Hailing from Baltimore, Maryland, but traveling all over the country with her spontaneous and stylish version of R&B/Pop music, I came across Wish through the good folks over at Harlem Boy University, around the same time she was promoting her latest project. I loved her sound and…
Continue


If this is the first you've heard me talk about the lovely Erin Christine, you're in for a treat. I first came into contact with Ms. Christine at the world-famous Bitter End bar & performance spot in downtown NYC. She is a fierce singer/writer with first-rate piano skills, and she wowed me with her… Continue

Jay wanted an upgrade, so we flipped the threads on him, and he was happy. Comment & share Pals, thanks alot!

Flawed is beautiful
Beauty is flawed
Love your flaws, and you will learn to love yourself
Make no excuses for who you are
For who you are is who you were made to be


Presenting the 3rd Character in the First Draft series: The Homie, aka Jay. Rate, comment, share, and enjoy.…

Seems like Bandcamp has really come through for alot of artists as an easy-to-use way to stream and sell their music (I should know!! LOL). Remember JoJo, the young girl with the songs, "Get Out," and "Little Too Late?" Well, babygirl is GROWN now!

Check out this very well-executed mixtape, with the buzz cut, "Can't Take That Away From Me." A hot fusion of Rock/Pop & some R&B spice thrown… Continue

I had the pleasure of being introduced to the "powerful (pun intened, Ha!)" voice of Mr. Lenny Harold this past summer via an event I attended. You may recognize his previous material under the artist moniker, 'Chanj.'

However, Lenny is ready to take the music industry by the dog collar under his government name, alongside his exceptional talent and drive. Check out this remix of Kanye's single,… Continue 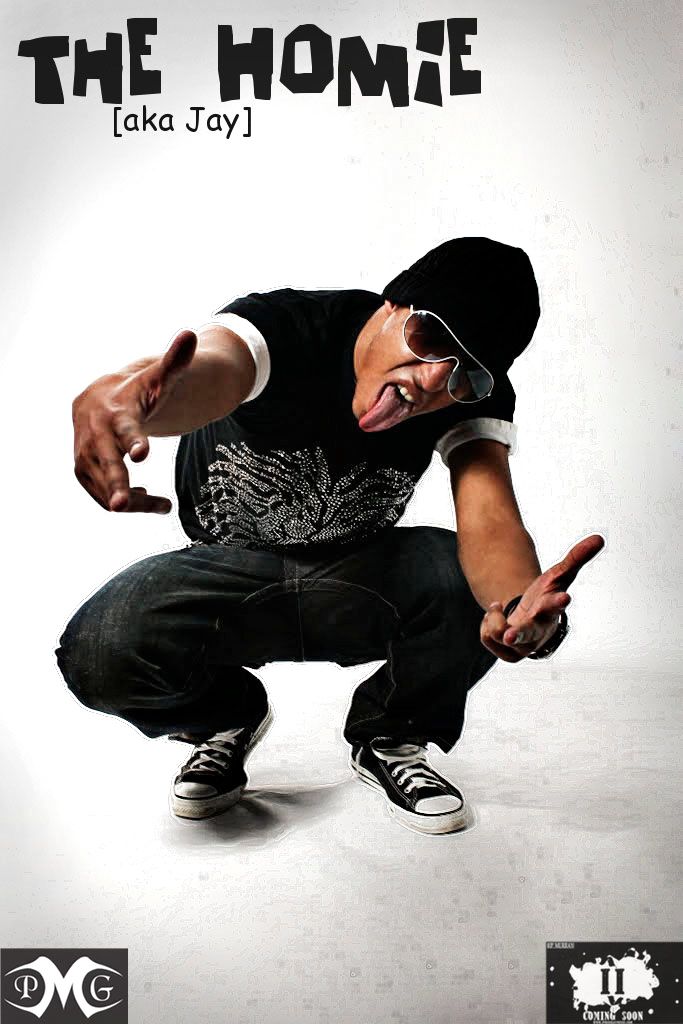