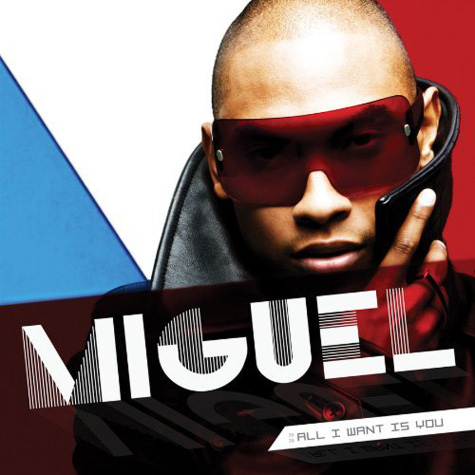 It's been a very long time since I've co-signed a major label male Urban artist, but after hearing his album and seeing some of his live performances, I've got to say that MIGUEL looks to be next on deck on the mainstream scene in a good way. Many of you know him through his hot single, "All I Want Is You" featuring J. Cole (video is below). By virtue of his voice & his look, he sets himself apart from the traditional visual & audio rollout of R&B men. On top of this, the production, vocal arrangements, and lyrical content on his project find that happy middle-ground of presenting a new take on love & heartbreak, while paying appropriate musical homage to greats like Prince & Michael Jackson. I am really glad that Jive is taking a chance on this guy, and I hope he does well in his first year. Be sure to follow him on Twitter @ migmoney, and support his debut album, "
All I Want Is You."