Take a listen to this dope record from Olamide (formerly of the R&B group, Imajin).  Now a solo artist, he has transitioned masterfully from his Urban & theatre beginnings to a full-fledged soulful rocker of sorts.  Whatever you'd call it, it's awesome music.  As the story goes, "The Storm" was written for a movie depicting the story of the Tuskeegee Airmen, who were the first African American military aviators in… Continue

British artist Jessie J is truly the Cinderella story of an artist who had a dream and used what she had to make them come true. A YouTube sensation for years, she has since been signed and is now on her promo tour across the UK. Her first… Continue

Now, for those of us who have performed at The Bitter End, you'll notice that their bartenders have put up Gaga's old promo poster for this performance as a reminder that their establishment was one of the… 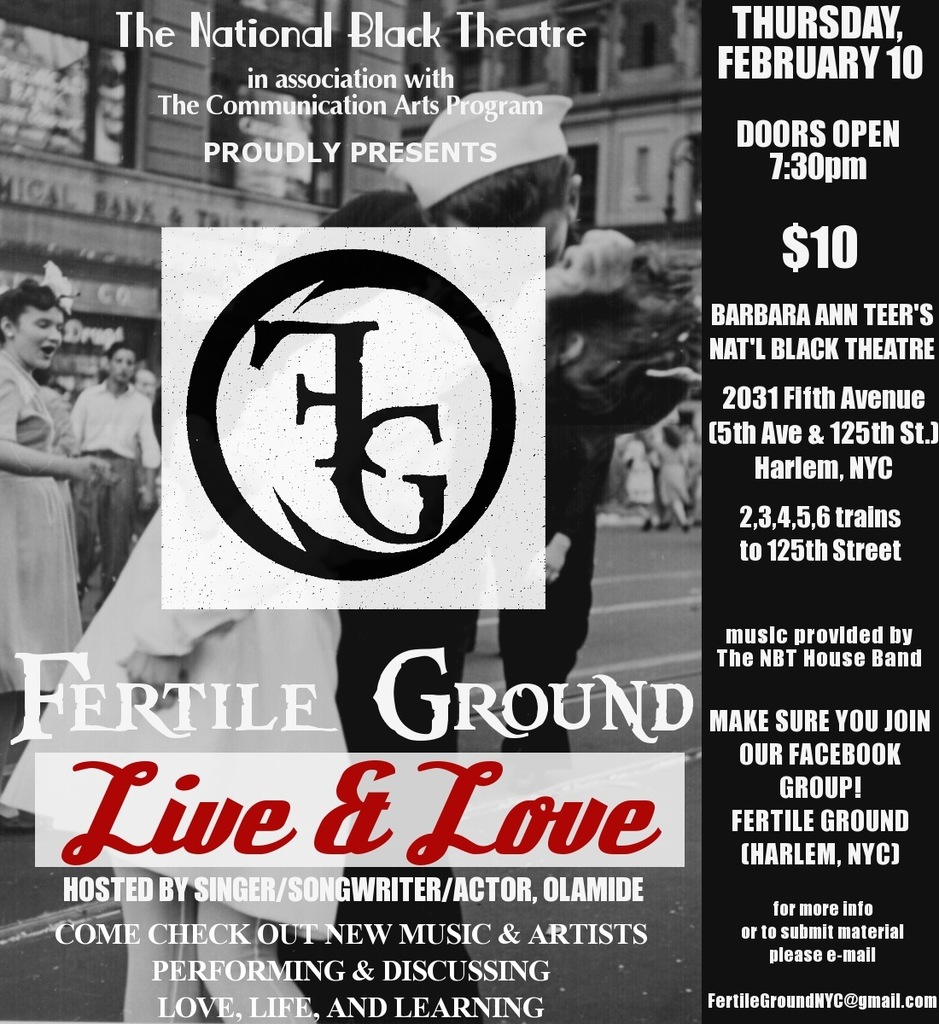 Love & Life, and lessons learned, all in the dopest musical & artistic formats.  P. Murray will be performing.  Will you be there??…

P.'s Vids: The American Dream By The Provocateur Network

I usually don't post videos like this. Normally, I prefer to keep the blog content music related. But since technically the record labels are just as wrapped up in this mess as any other major industry conglomerate, I felt it was important to share. I hope you'll view this with an open mind and see why I've made a conscious… Continue

P.'s Playlist: "If U Only (Acoustic Version)" - Chester Gregory

If U Only (Acoustic Version) [Mp3] by Chester Gregory


Mobile Pals, check out the direct link by clicking HERE.…

What can I say? Pop rebel Pink does it again, turning heads & changing minds with her heartfelt, in-your-face brand of writing. "F**kin' Perfect," an artistic response to the recent attention on bullying… Continue

I'll be honest; as a whole, I'm not a fan of Pop Culture blogs. Most of the ones I've come across are handled by individuals who have no real concept of what the term 'Pop Culture' means, choosing instead to just repost the the cute story of the day to generate attention. This is usually followed by some ill-informed opinion of the topic at hand, which usually… Continue

You thought she was a thing of the digital past, but here is the online assistant to P. Murray, Ashley V, with a hot new look and some very important information about PMG and several great events happening soon! Be sure to spread the word and keep visiting the site for everything going…

I reiterate that the fact this great record by Katy Perry is doing so well shows signs that the music industry and its consumers are ready for change. As someone who started out with the controversial record, "I Kissed A Girl," her transition from there to here is one that both her fans and critics have welcomed. I'm extremely glad that we're heading towards making more music with a positive message… Continue


I am so proud that people in the Black American media industry are taking a stand against violence & hatred. Marsha Ambrosius, formerly of the hit music duo Floetry, does her part with the video for her second single, "Far Away," produced by Hip-Hop statement-maker Just Blaze. The idea of using music as a vehicle to educate and inspire is becoming a fad, and I, for one, am grateful. This is a simple,… Continue

Nothing much to say here. Enjoy!… Continue

P.'s Playlist: New Music for the New Year | Welcome to My World- The Mixtape - Aaron Camper | STEREOTYPE - B. Slade

Welcome to the dawn of The New Renaissance. Here's some music to usher it in!

Singer/Songwriter Aaron Camper drops his highly-anticipated mixtape, "Welcome To My World." Having performed as a vocalist and provided his writing skills to noted artists such as The Clark Sisters and Jill Scott, Camper has presented this… Continue