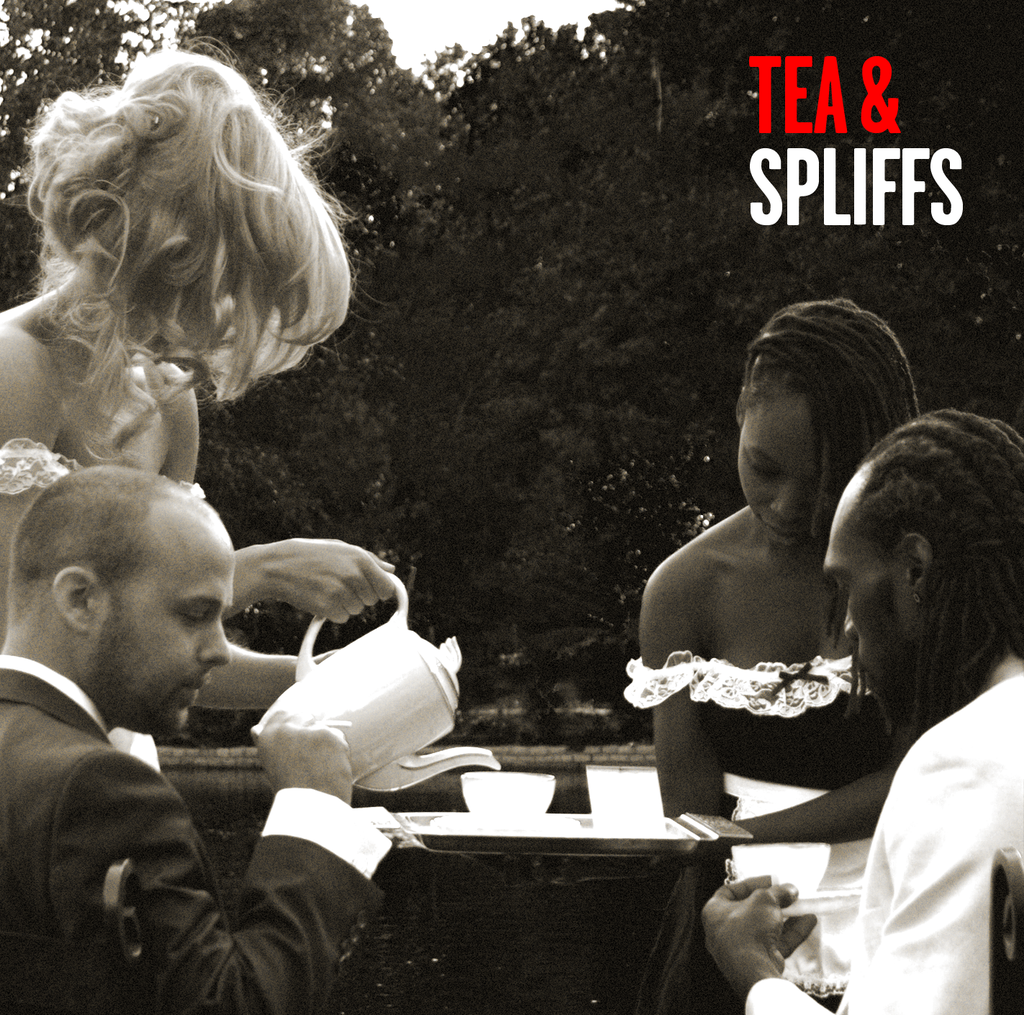 One of the greatest parts about being an artist and growing up in NYC is that, unless you're a xenophobe or living under a rock, many of the friends you make along the way are going to be artists with the same hunger as yourself. Even better, they, in turn, will introduce you to networks & creators you would've otherwise missed out on. But I think the coolest bit out of all of this is watching said friends and their artistic growth, and how their style takes on the wear & tear of age & experience. Such is the case of my brother, Ryan-O'Neil, and his latest Hip-Hop venture with co-creator & producer, 100dBs, entitled, "Tea & Spliffs."

With the admittance that a 5-year departure from their 1st full-length venture, "The Adventures of The One Hand Bandit and The Slum Computer Wizard," may have kept fans salivating just a bit too long, "Tea & Spliffs" does more than an ample job of satisfying even the most dismissive Hip-Hop heads in their quest for Rap excellence and 1st-Class production. Ryan-O'Neil touches on topics similar to "Adventures," but there is a kind of wizened grace to his delivery on the mic; dare I say, a touch of the post-modern ennui? To some, this may come off as standoffish, but fans & appreciative listeners will come to see it as I did - a heightened sense of artistic intelligence coupled with the acceptance of both living in the present but keeping stock of the times. In short, it's all good.

Producer/DJ 100dBs takes us straightaway into his love of the boom-bap, seamlessly blending samples, loops, drum kits, and timeless vocals into a 21st century menagerie of sound that is truly a custom fit for his musical partner. There is a sort of competition happening between Ryan-O'Neils lyrics and celebrated lines from folks like Curtis Mayfield, James Brown, and Wanda Jackson (yes, Wanda Jackson). Who really wins in the end? Well, that's for you to decide, dear listener. However you see it, the instrumental portion of "T&S" does not disappoint, but rather uplifts & satiates the hunger for familiar sounds on a new LP.

The album touches on all of the duo's favorite subjects, including social consciousness ("Power for the People"), artistic struggle ("Listen to Me"), and, of course, the life & times of members of Team Green ("Here I Go"). Notable features include The Beege (formerly Tense), Kats, and DJ Far East. In this friend & listener's humble opinion, the best way to experience "Tea & Spliffs" is the 'old-fashioned' way; front to back, without stopping, and then go back and listen again. In truth, it may take you a few listens to really delve into the depths of each cut and the entire record. But I promise, you'll be very glad you did. I most certainly was.

You can purchase "Tea & Spliffs" just about anywhere, but for iTunes, CLICK HERE